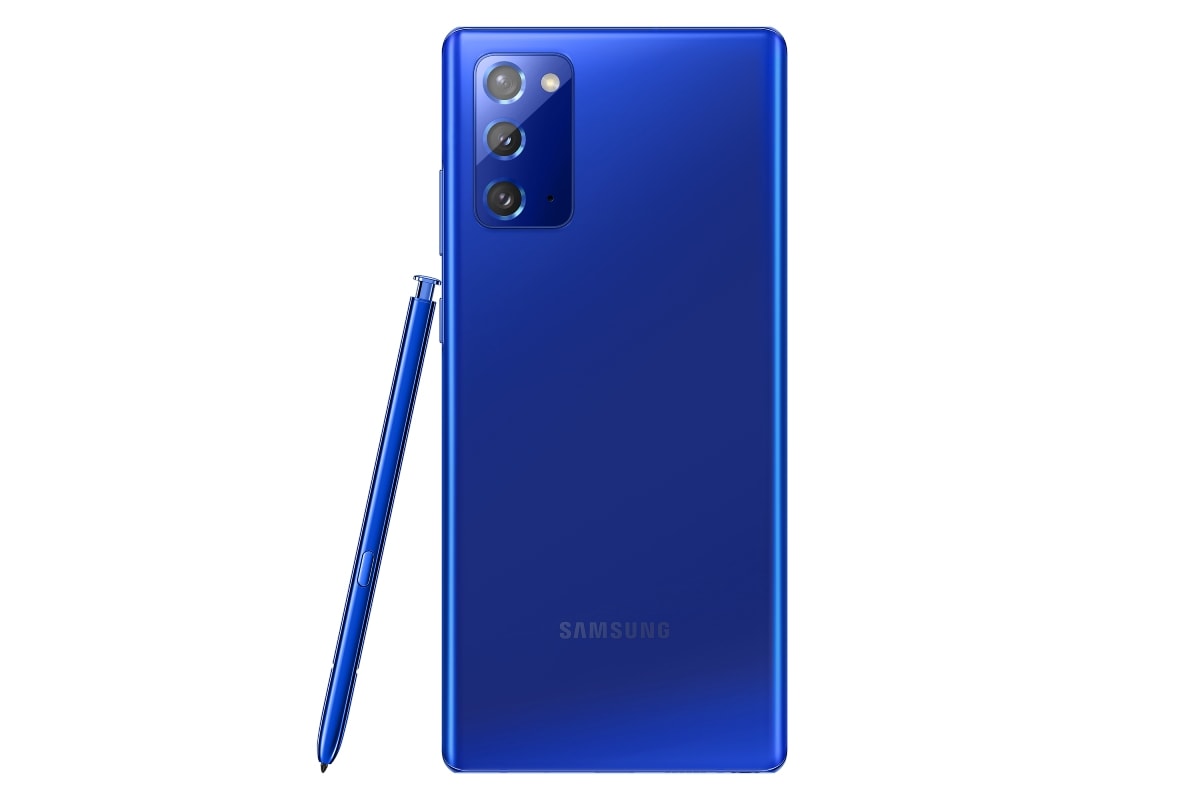 Samsung Galaxy Note 20 Mystic Blue colour option is official in India. The South Korean tech giant on Monday announced the release of Mystic Blue colour option in the country that will join the already announced Mystic Bronze and Mystic Green colours. Samsung is already taking pre-bookings for Samsung Galaxy Note 20 as well as Samsung Galaxy Note 20 Ultra in the country; however, the company is yet to officially reveal an availability date. Amazon did tip earlier today that the phone will go on sale in India starting August 28, a week after its release in the first batch of countries getting the same phone.

Samsung Galaxy Note 20 price in India is set at Rs. 77,999 for the lone 4G-only 256GB variant. Including the new Mystic Blue colour option, the phone will be offered in a total three colours in the country. As mentioned, it is currently listed for pre-bookings on all major e-retailers, Samsung.com, and select offline Samsung partner retailers.

The dual-SIM (Nano) Samsung Galaxy Note 20 runs on Android 10 with One UI on top. It comes with a 6.7-inch full-HD+ (1,080×2,400 pixels) Infinity-O Super AMOLED+ flat display with 60Hz refresh rate and 20:9 aspect ratio. The device is powered by octa-core Exynos 990 SoC, paired with with 8GB of RAM. For storage, the Samsung Galaxy Note 20 packs 256GB of onboard storage that is not expandable. Connectivity options on the phone include 4G LTE, Wi-Fi 6, Bluetooth 5.0, GPS/ A-GPS, NFC, and a USB Type-C port. It also has an in-display fingerprint sensor.

Speaking of cameras, the Samsung Galaxy Note 20 features a triple rear camera setup that houses a 12-megapixel primary shooter, a 64-megapixel secondary shooter, and a 12-megapixel ultra-wide-angle camera. On the front, the phone includes a 10-megapixel camera as a part of a hole-punch cutout.

Jos Buttler is the ‘whole package’, should always be in the Test side: Shane Warne