Dhoni keeps all cricketing decisions close to his chest and never discusses them with anyone, a source says 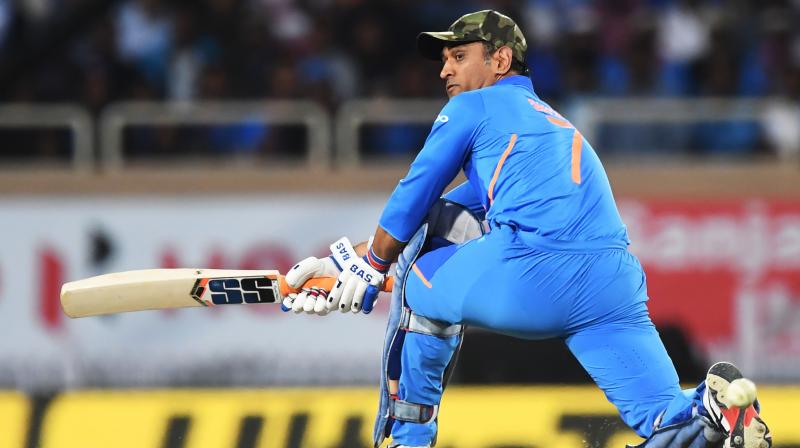 Apparently M S Dhoni’s wife Sakshi had no idea about her husband’s sudden decision to announce his retirement. Really?

“Dhoni keeps all cricketing decisions close to his chest and never discusses them with anyone. I have known him for 25 years and I doubt whether he would have even discussed this “big decision” with his wife,” said Dhoni’s friend Gautam Upadhyaya who played school cricket with him.

“Dhoni is a man of surprises and even for this big decision he may not have consulted his wife,” said Upadhyaya in a chat on the telephone from Ranchi.

In the meantime, Sakshi Dhoni posted on social media the late American poet Maya Angelou’s message, which is very much relevant to Dhoni’s retirement.

“He hardly discusses cricket with us but had casually said to us that there is no cricket happening and I have had enough cricket. I want to announce my international retirement from the game”.

“He may have wanted to play the World Cup but since it is not happening this year, he may have announced it now,” Gautam Upadhyay added.

“The timing of his announcement (19.29) has no significance. Perhaps, he had looked at his wrist watch before announcing it and that was that only…”.

“His brain is very sharp and he does whatever he decides.”

“He did not announce this retirement in Ranchi because there is no immediate cricket in this city and therefore he did so at his IPL home ground,” the friend added.

Dhoni’s family is also unlikely to join him in UAE for the IPL season.

Bollywood stars get back to work...

Serena Williams registers her 102nd US Open win to advance into 2nd round of 2020 edition, sister Venus out.