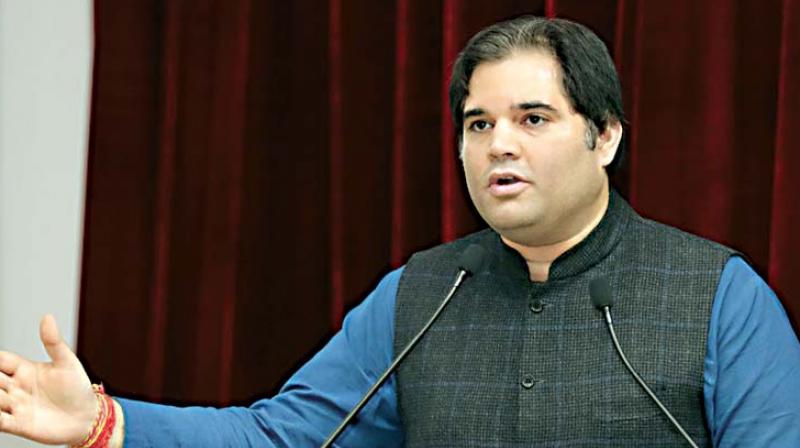 New Delhi: BJP MP Varun Gandhi will introduce a private member’s bill – Donation and Transplantation of Human Organ Bill, 2020 – promoting cadaver donation and making it compulsory for all Indian adults to be registered as organ donors unless a person opts out.

The Bill, which also seeks a National Registry of donors, non-donors and recipients which “shall have such information as may be prescribed to an ongoing evaluation of the scientific and clinical status of human organs and tissues.” The bill also seeks state governments to maintain a registry and non-disclosure of identity of people in both databases in public domain unless regarding a complaint, a court case, bonafide medical research but with the consent of the person.

“According to the WHO estimates, three to four million lives per year can be saved in India if we have such a system and most of these people will be from poor and middle class families who otherwise cannot afford. Lets say even 5 percent of Indian population agrees to donate their organs and tissues, the number can be multiplied by 15 times in organ banks which is a very significant number as compared to the figures which we have now,” said Gandhi, who is likely to introduce the Bill in the monsoon session of Parliament.

There is a need of 2,00,000 kidneys, 50,000 hearts and 50,000 livers for transplantation every year. The Bill states that in India, organ donation is largely from living donors and the rate of organ donation from deceased persons is very low at 0.8 million population as compared to more than 30 percent in other countries. Only 22,500 people have registered for organ donation after death since 2010 as per the Organ Retrieval Banking Organisation and as per National Organ and Tissue Transplant Organisation, 27,259 people living donors donated  organs whereas 1448 were cadaver.

“The bill makes it compulsory for a citizen turning above 18 years of age to be registered as an organ donor unless an objection notice was filed by the person,” said the Pilibhit MP.

30 asymptomatic cases in India for every positive case

Iran condemns UAE-Israel deal, calls it ‘a stab in the back’ to Muslims.

Hindi, Kashmiri and Dogri to be official languages of Jammu and Kashmir, Cabinet approves Bill.

No Question Hour in Parliament’s monsoon session, Oppn not happy.