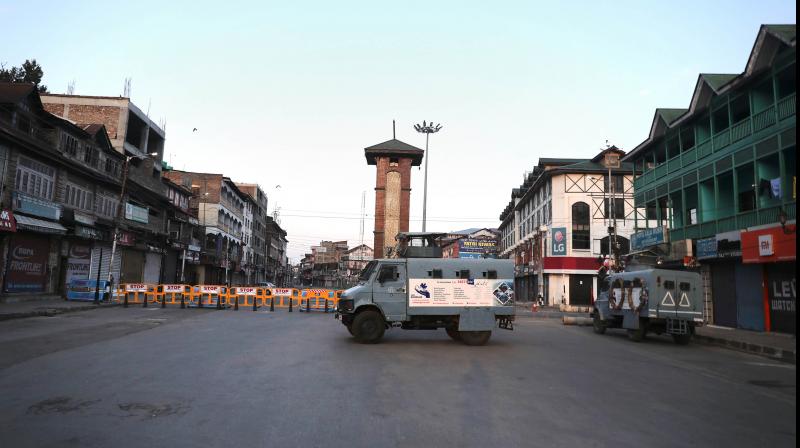 CRPF vehicles stationed at Lal Chowk on the first day of the two-day curfew in Srinagar. — PTI photo

The killing of a village-head associated with Bharatiya Janata Party (BJP) in southern Kulgam district by suspected militants earlier during the day on Thursday triggered a new wave of resignations by party activists in restive Kashmir Valley.

At least, half a dozen BJP workers took to social media platforms to announce their disassociation from the party and some of them even seeking forgiveness from militants.

Exercise, eat right, get good sleep: The top 3 ways to prevent so many diseases....

Delhi: Man kills 2 roommates after being pressured to pay rent..

Noida: Woman jumps to death on birthday after fight with sister over cake cutting.