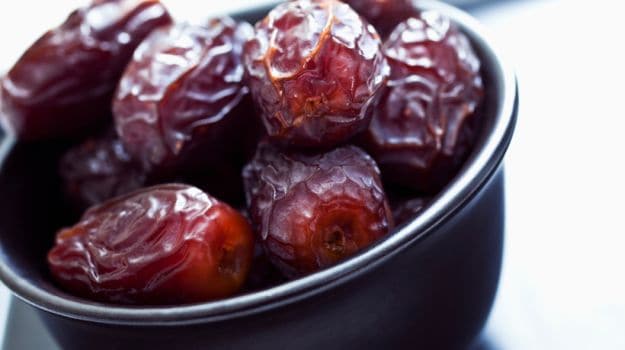 From the time it was discovered, which was thousands of years ago, dates were known to have healing powers. And while science has proved that for sure, we love to eat them mostly because of how delicious these dark fruits are. According to history, date palm is known to have come from what is now Iraq, however Egyptians were known to have made wine with dates a lot earlier as well.
Thanks to trade, dates traveled to southwest Asia, Spain, northern Africa, and were later also taken to Mexico and California. Today it continues to be one of the most important ingredients in Middle Eastern cuisine. While there are at least 30 kinds of dates that are found around the world, they pretty much fall under three broad types – soft, semi-dry, and dry, and the differentiation is made according to the glucose, sucrose, and fructose content. One of the most coveted dates incidentally are found at The Gaza Strip, as their produce is known to be exceptionally red, and sweet. Some of the other popular varietals are the Zaghloul, found exclusively in Egypt. It has a dark red skin, is longish in structure, and crunchy in texture. It’s also quite high on the sweetness scale. The Sukkary from Saudi Arabia is one of the most expensive kinds of dates. It has a dark brown skin, a soft flesh, and uniquely sweet. And then there’s the Khadrawy, a soft and dark date that’s also quite popular among the Arabs. And this is just the beginning; it’s said that Iraq has more than 100 kinds of dates available!
Cuisines across the world use dates in small and large quantities, but it’s also important to note that the fruit of the date palm tree also comes with a lot of health benefits. The umpteen health benefits of dates has made the delicious fruit of the most sought after foods in the world of health and nutrition. Dates are a good source of various vitamins and minerals, energy, sugar, and fiber. It also contains calcium, iron, phosphorus, potassium, magnesium and zinc.

Health benefits of dates: Here are only a few of the reasons why you should eat dates regularly:

Vastu Tips: Know which type of laughing Buddha should be kept in house or office.